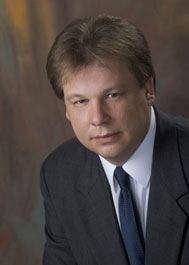 Mr. Leisure is an Ohio native who came  to Florida after his service in the United States Air Force.  He earned  his B.A. with honors from Eckerd College in 1998 and his Juris Doctorate  in 2001 from Florida State University College of Law.


Prior  to going to law school, Mr. Leisure was involved in the workers'  compensation arena, including working for Publix Super Markets, Inc.,  where he oversaw all litigated claims in Florida, Georgia, Alabama and  South Carolina.


After  earning his law degree, Mr. Leisure practiced with a prestigious law  firm in West Palm Beach.  Later, he opened and managed their office in  Fort Myers.  In 2006, Mr. Leisure returned to Lakeland with a prominent  local firm.  In 2012, Mr. Leisure opened his own practice where he has  focused on workers' compensation, family law and personal injury.

This website is for informational purposes only. Using this site or communicating with Kevin E. Leisure, P.A. through this site does not form an attorney/client relationship.  This site is legal advertising.